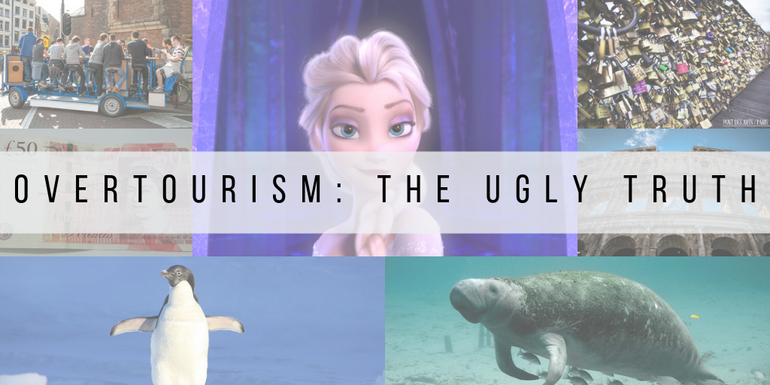 You may think a negative tourism blog seems a bit odd coming from a travel based website, but we can’t always paint it in a “rainbows and sunshine” way. We attended the World Travel Market in November 2016 and a recurring theme throughout the day was “Overtourism”; the negative effects that travel has on certain beauty spots and even whole countries.

This typically means that the ever-growing influx of tourism is causing havoc and angering the local residents of several cities. Examples of this can be seen in Venice where their beloved city hosts more tourists per day than the permanent residents, Amsterdam are cracking down on the activities tourists can do, and it’s even resulting in the closures of Thai islands, with Koh Tachai now permanently closed to tourists.

How has it come to this? How has the once biggest and fastest growing industry in the world turned ugly? We had a look into seven of the main ways tourism is having a negative impact around the world.

The ‘Frozen Effect” on Norway 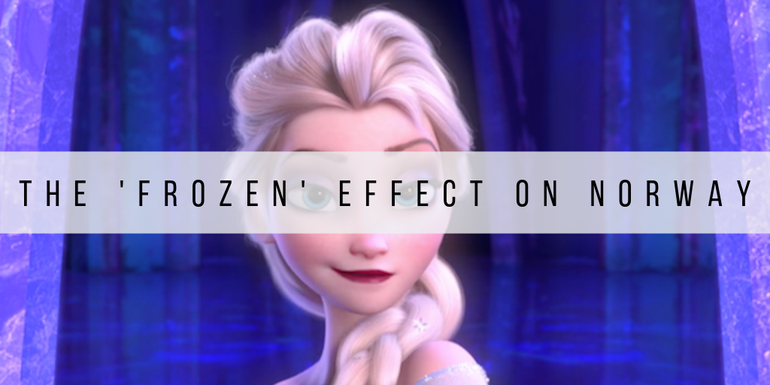 Do those three little words send shivers down your spine? They probably do if you live in Norway, the film that inspired the 2013 animated hit, Frozen. Although the publicity did wonders for the country’s popularity initially, The Lofoten Islands risk becoming overrun by film fans, with locals fearing for the environment, with erosion to beauty spot pathways and visitors using a local forest quite literally as a public toilet. The recent announcement that we can expect a Frozen 2 to grace our screens is sure to be sending shivers down the spine of many a Norwegian resident…

Meanwhile in Thailand, the influx of visitors that descended following the success of the The Beach back in 2000 has led to the closure of some of its most idyllic islands. As we previously mentioned, Koh Tachai was closed for an ‘indefinite period” back in May 2016, following extensive damage to the natural corals and several complaints that it is overcrowded; as far as we can tell today, the island remains closed (2021).

Similar damage wass reportedly made to Koh Khai Nok, Koh Khai Nui and Koh Khai Nai, three islands off the coast close to Phuket. Again, there are concerns from marine experts that the coral reefs are up to “80% degraded” thanks to human interaction, however in July 2016, it was reported that officials stated that the islands would remain open, but with restricted access. 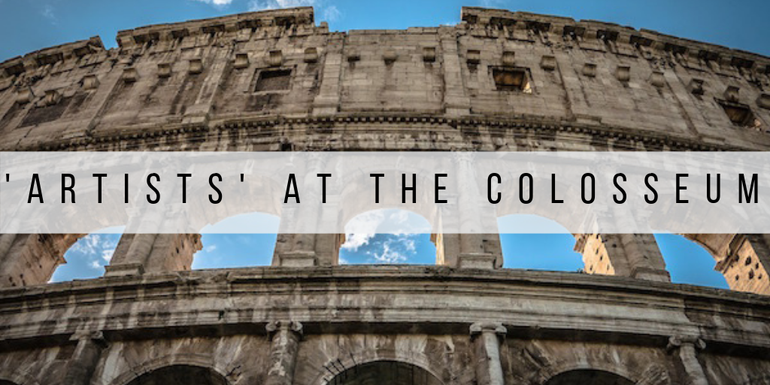 By that, we mean those that think it’s appropriate to carve their initials into historical monuments, such as the women who thought it would be fun to do just that into the walls of the Colosseum (which got them arrested), despite notices in English to ward off such behaviour. Then you have the bright sparks that have left “was here” tags scratched into the bunkers and walls at the Auschwitz Camp in Poland.  Or what about the young boy who carved his name into the Temple of Luxor walls whilst on a school trip, only to be busted, ironically, via social media? I think you get the point!

Disease spreading to the penguins in the Antarctic 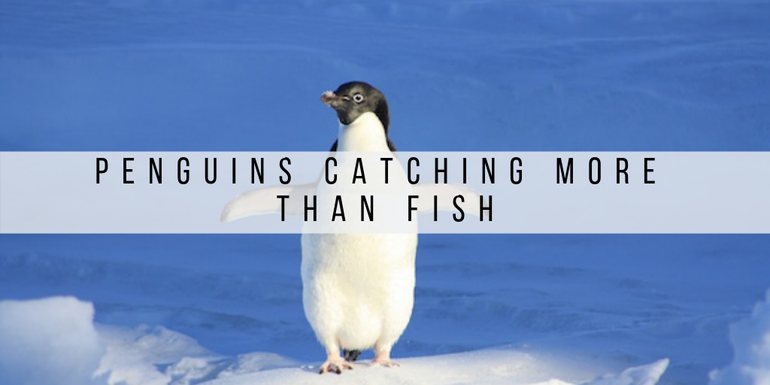 It starts seemingly innocently, tourist flock to destinations to marvel at their wonders, unaware of the little extras they are carrying; potentially harmful pathogens. This has been recognised as a main threat to the penguins of the Antarctic, with the birds contracting such diseases as Salmonella, E. coli, West Nile virus and Avian pox virus infections, which have been said to have been the cause of thousands of the birds deaths in recent years.

Most recently, the spread of Zika virus in Brazil meant that several athletes pulled out of the 2016 Olympic Games in Rio, and many believed the outbreak caused many of the potential tourists to the country to re-think their plans and avoid going altogether, causing harm to its thriving tourism industry.

The downside to cheap flights 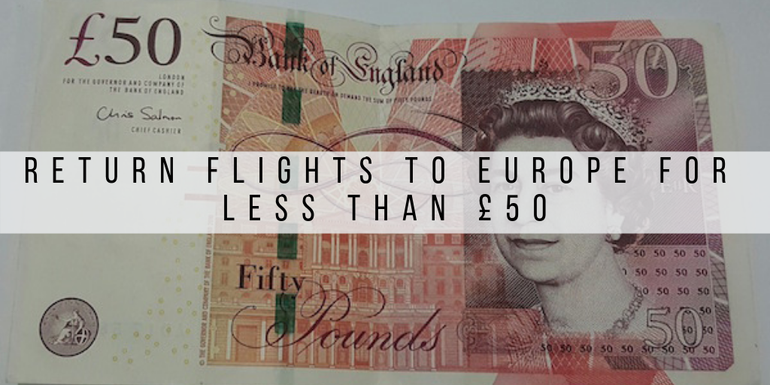 Although developments in technology are inevitable, some believe that the rise in flight and hotel price comparison sites are in themselves leading to over tourism. Each site vying for the best deals to the ‘hottest locations’ means prices of flights drop considerably and the destinations see an influx of visitors that aren’t always needed. Or wanted.

Take Barcelona or Venice for example; you can grab a return flight to either from London and get change from £50*, so why wouldn’t you sneak off for a weekend away? It may be a great deal for the visitor, but it’s the locals that have to deal with overtourism of their beautiful cities, rowdy behaviour and the rising cost of rents… Officials in Venice are even considering a tourist cap to tackle the overcrowding and appease its residents.

When “doing it for the ‘gram” casues more harm than good 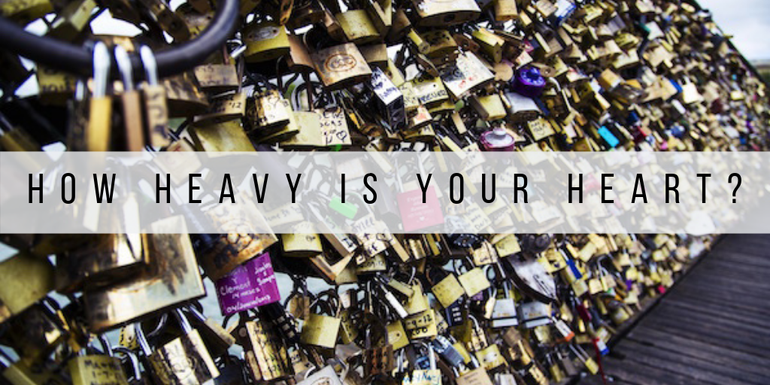 One of the many reasons people flock to certain beauty spots or places of historical wonder are to marvel at the monuments. It’s sad then to learn that many pieces dating back 100s of years are being destroyed in the search for the perfect selfie; two tourists faced criminal charges after their selfie quest ended with the crown atop the Statua dei due Ercole in Italy come tumbling down and smashing to pieces. Or how about the close to 1 million couples that added a “love lock” to the Pont des Arts, causing part of the 19th century bridge to collapse, prompting the removal of all railings and receiving transparent panels instead. 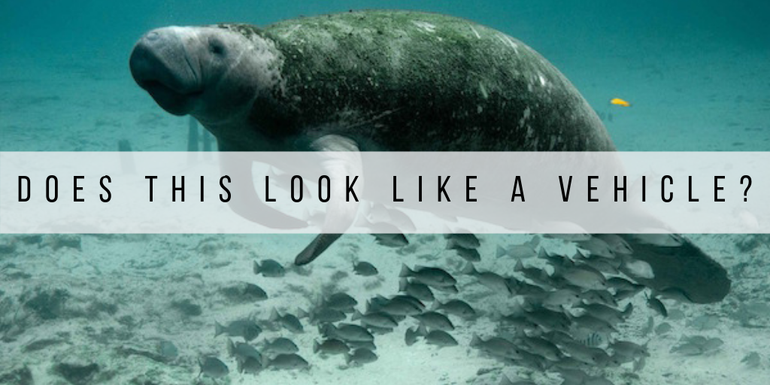 We’ll begin with these three words to set the tone; Cecil the Lion…

But did you hear about the family who found an incredibly rare 6-legged octopus in Greece, killed it and ate it?! Or the family man who thought it would be funny to let his kids ride a manatee in Florida, only to be arrested for harassing the poor thing? How about the tourists in Yellowstone National Park who put a bison calf in the back of their SUV because they thought it looked cold? The poor creature had to be euthanised after several unsuccessful attempts to reunite it with its herd.

Inebriation in the cities

Amsterdam will enforce a new ban on 'beer-bikes' this week after years of complaints by locals https://t.co/yUkSiF3dK4

Ok so a holiday is time to kick back and enjoy a few bevvies, but it shouldn’t lead to being fined or upsetting the locals.

The Amsterdam tourist board issued a safety video addressing the issues of tourists cycling whilst drunk or stoned as they had seen a spike in road traffic accidents due to inebriated cyclists! In 2017 they banned the infamous beer bikes to banish the ugly antics they bring along with them from hen and stag parties.

In 2012, two Welshmen in Australia drunkenly snuck into SeaWorld and stole a penguin, only to be reminded of their antics when they awoke to the confused seabird in their hotel room. Needless to say, as well as a horrid hangover, they were both slapped with a well deserved $1,000 fine.  Hic.

Although some of the stories may have evoked a snigger (how can you not remember bringing a penguin back to your room!?) They all highlight a rather serious issue that if we don’t get a hold of quickly, may lead to far more destruction than we may have once thought.

How to reduce your impact of overtourism

Overtourism doesn’t mean that you should just stop travelling, there are some small changes you can make that will dramatically help to reduce your impact.

Be respectful to the locals and their culture.

Try and learn their customs and adhere to them as much as you can. When you are out and about, try not to litter or if you see some rubbish, even go as far as picking it up and putting it away. When visiting the historical sites, know the rules and regulations and stay within the limits.

Visit during the off-peak season!

It would be easy to simply avoid the really overcrowded destinations but you might find that hard so it might be easier to go in an off-peak season. This will be great for the locals as there are fewer crowds that they have to deal with but it’s also very beneficial for you too! You’ll save money on both flights and hotels and will probably have a better time too as there will be fewer people. So we think this is a win-win situation.

Now, that might be the reason why you want to go but we recommend you check out some alternatives to popular areas too! There are usually a lot of hidden gems around the cities so why not visit a less populated area? You’ll probably have a better time too as there’ll be fewer people there.

Try to stay in hotels in the city centre,

this will mean that during the day, you won’t have to take the bus or train to get to the location. This will not only save you money but it will also help the locals commute to work better as they won’t have to struggle to find a spot. Moreover, most hotels are away from the residential areas so they won’t affect the locals as much. However, if you were to stay in an Airbnb, you may be coming in at late hours and this could be very disruptive to the locals.

Travel independently when you can and avoid big tour companies. For instance, cruises have become really popular recently and though the tourists are coming to visit the city, they don’t end up using the local accommodation or food. So the locals are only seeing the negative effects of tourism and not even getting any financial gain from it. Another way you can support the locals is by hiring a local guide, they will have all the inside knowledge of the area, which will help you find the hidden beauties of the area. So, again a win-win situation!