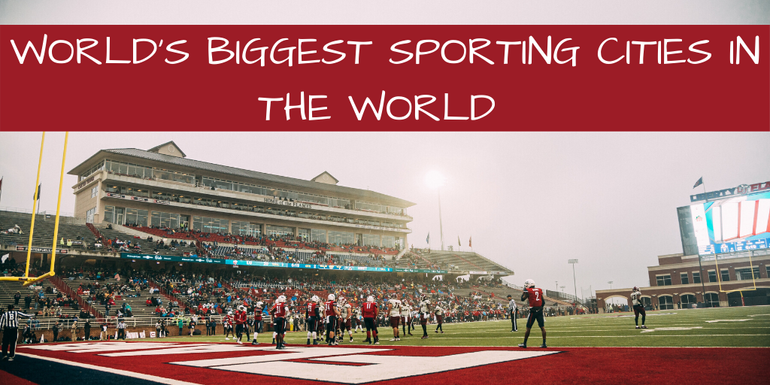 Sports can be an exciting and impressive experience for many and it often brings people together! So we have provided a list of the world’s best sporting cities and what you can experience there

Arguably the biggest sporting city in the world, Londoners show a real passion for sport and most are very knowledgeable on a wide variety of sports. The capital city is currently home to 6 Premier League clubs and the national football team regularly play at Wembley Stadium, which has a capacity of an impressive 90,000 fans, although the old Wembley was reported to hold (unofficially) 200,000! The city also boasts host to what is undoubtedly the biggest professional Tennis tournament in the world; Wimbledon might be one of four grand slams but it’s still the only tournament to be played on grass and we probably shouldn’t forget to mention the cool £27,000,000 prize money that’s up for grabs.

Rugby is huge in the city and Twickenham played host to the final of the 2015 Rugby World Cup. London club teams include Harlequins and Saracens, with London Irish currently playing in Reading. Running fanatics from all over the world flock to London during April for the London Marathon, which is open to both amateurs and professionals. Finally, you can’t talk about sport in London without mentioning one of the nation’s favourite sport, Cricket, and London is home to two of the finest grounds around, Lords and the Oval. 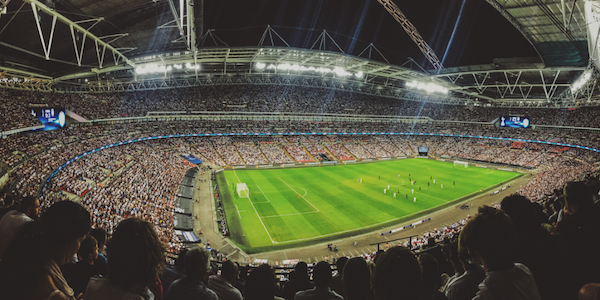 Cities in Spain may be better known for their history and unique culture, but in fairly recent times the country has really established itself in the sporting world and the  Spanish capital only highlights this. The world famous Santiago Bernabeu stadium, home to ‘Los Blancos’ more commonly known as Real Madrid (Royal Madrid) can be found in the capital, in fact, the sheer size of the stadium makes it rather hard to miss! The people of Madrid are also fiercely passionate about their Basketball and Real Madrid Baloncesto are on of the best teams in the country, if not the world. The club have won a record 32 Spanish championships, frequently seeing off the likes of Barcelona and Baskonia. A sport that is steeped in Spanish history and culture is of course Bullfighting and although the sport is now non-existent or even banned in some areas of Spain, bullfighting is still very much alive in the Spanish capital. 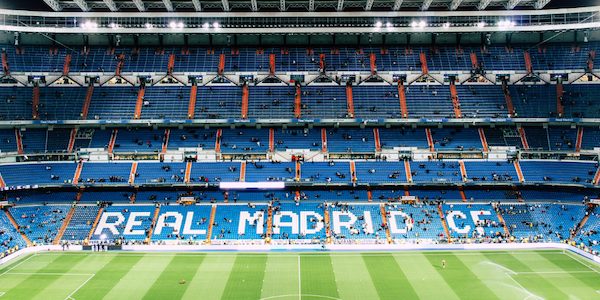 Melbourne played host to the 1956 Olympic games and the 2006 commonwealth games, both of which were hugely successful events. Another of Tennis’ grand slams is also played in the city – the Australian Open was first held back in 1905 and is the first grand slam tournament of the year. The city is also home to one of the most difficult golf courses in the world, the Royal Melbourne Golf Course. The course is the oldest in Australia and is ranked in the top best golf courses in the world. If you are a big golfer fan, why not check out the other best-golfing destinations around the world? It goes without saying that the Australians are huge fans of cricket and the MCG (Melbourne Cricket Ground) is one of the finest cricket grounds around; it is also home to 5 Australian football teams. 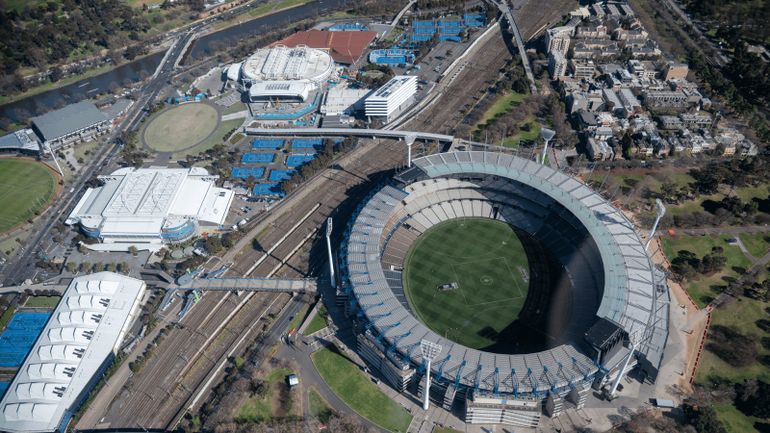 Boston is home to an array of world famous clubs in a variety of sports. Basketball fans will flock to the TD Garden (Boston Garden) when the Boston Celtics are in action in the NBA, American Football fanatics will cram into the Gillette Stadium to see the New England Patriots and MLB fans will go to Fenway Park to watch one of the most famous baseball teams in America – The Red Sox. The Boston Marathon is an annual event that always falls on the 3rd Monday of each April, Patriots day. The event attracts over 500,000 spectators and 30,000 runners each year, making it the most spectated event in New England.

Not to mention, they are renowned for Ice Hockey. Boston’s Bruins Ice Hockey Team has a total of 6 Stanley Cups, 4 Conference Championships, 2 President’s Trophies and if this wasn’t enough, they have 25 Divisions Championships! It is a must to see them for all hockey fans. 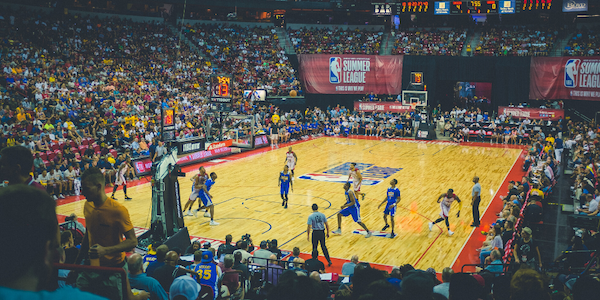 There will always be a debate regarding the biggest football club in the world, one thing for sure is that Manchester is home to the most supported club in the world. According to a survey conducted just last year, it shows that the club has just over a billion fans! However, this figure may have dropped due to United’s noisy neighbors Manchester City having huge financial backings and establishing themselves as one of best teams in England. Both clubs have fantastic stadiums in Old Trafford and The Etihad, Manchester City have recently expanded the south stand of their stadium by adding another 6,000 seats. 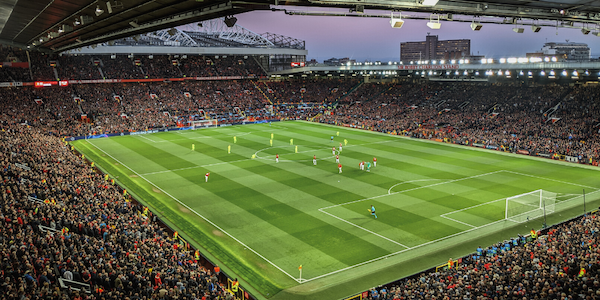 Another massive sporting city in Spain, Barcelona is probably best known for its football team, which contains an array of superstars such as Lionel Messi and Neymar. The Catalan club have won the Spanish division 23 times and are the current champions, they are fierce rivals with Real Madrid and games between the two are labelled ‘El Classico’. It wouldn’t be fair however to only talk about Barcelona’s football team – Barcelona Basquet have provided Madrid with some stiff competition over the years and in the process have won 23 titles. Finally, we have to mention the 1992 Olympic Games, which many say “transformed” Barcelona, the event was hugely successful and generated an enormous amount of economic benefit for the city. 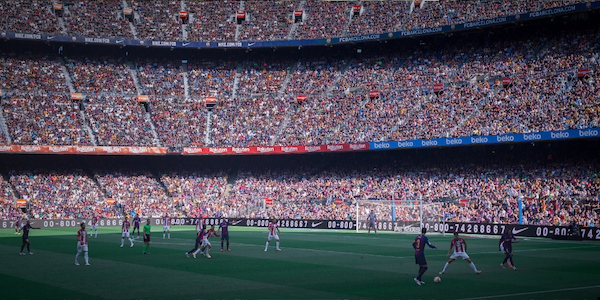 The Big Apple, we just couldn’t leave it off the list! New York seems to be the stand out city when it comes to generating huge amounts of economic benefit from its sports; The Yankees, Knicks, Giants and the Rangers make combined profits of over 1.45 billion dollars each year! The city is home to the headquarters of the NFL, NHL, NBA, MLB and MLS – the governing bodies of the 5 most followed sports across the nation, Baseball being the most followed sport in New York, closely followed American Football.

The New York Yankees are the most valuable baseball team in the world and have been fierce rivals with the Boston Red Sox for over 100 years; some will argue that the rivalry is the oldest and biggest in world sport. The MetLife Stadium in New York is the most expensive sports stadium ever built, costing 1.6 billion dollars and it’s the only stadium in the NFL that is shared by two teams – the New York Giants and the Jets.

Football, or Soccer as it is better known in the states, has had a huge increase in popularity in recent years. The New York Red Bulls were one of the original teams in the MLS, but this season they have had to share the limelight with a new rival and addition to the league. New York City FC (owned by Manchester City FC and the New York Yankees) joined the MLS in 2015 and have been able to attract a wealth of talent including the likes of Frank Lampard and Andrea Pirlo. 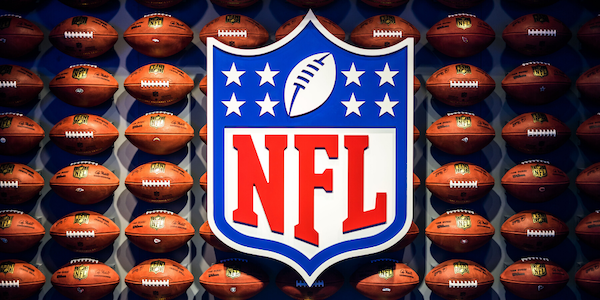 This city was the host of the 2000 Olympic Games and it has an amazing array of sports for people to enjoy or to participate in! If you’re a lover of football, be sure to check out the Sydney FC play. Alternatively, you can go see the National Basketball League game, they have become very popular recently so it will definitely be a sight to see. Have you ever heard of Aussie rules? It is a variation of football that was invented by Aussie’s themselves and is usually played at the local cricket ground. Watching one of these games is a very unique experience. They are also big fans of Rugby so if you happen to be visiting the city at the time of a national rugby game, be sure to get a ticket! It is an experience you do not want to miss. 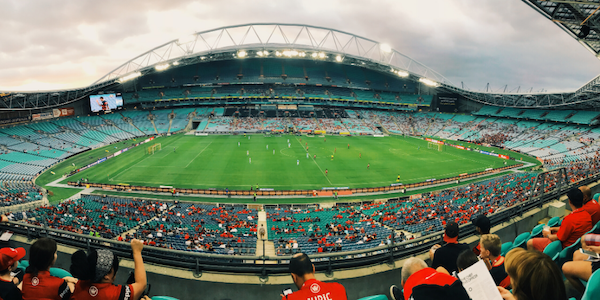 So you’re probably surprised to know that Japan is one of the best, albeit an unexpected location for baseball! So why not enjoy one of the world’s finest baseball matches? But if baseball isn’t really your thing, then you should watch the 1500-year-old sport of sumo wrestling. The Contests are held six times and they last for around 15 days. You will experience watching two wrestlers who weigh roughly 450 pounds or more attempting to knock each other out of the ring. As this holds a lot of cultural significance for the Japanese people, you will certainly love and enjoy watching this.

Also, let’s not forget Tokyo held the 2020 Olympics. The new Olympic Stadium took 36 months to build and cost roughly $1.4 billion! But this isn’t the first time Tokyo is holding the Olympics, they previously held the Olympics in 1964. This island nation is full of beauty and wonder! 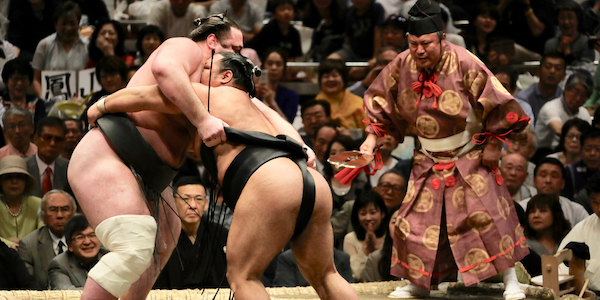 We hope you enjoyed our list of best sporting cities around the world! Let us know if you have visited some or you are planning to.