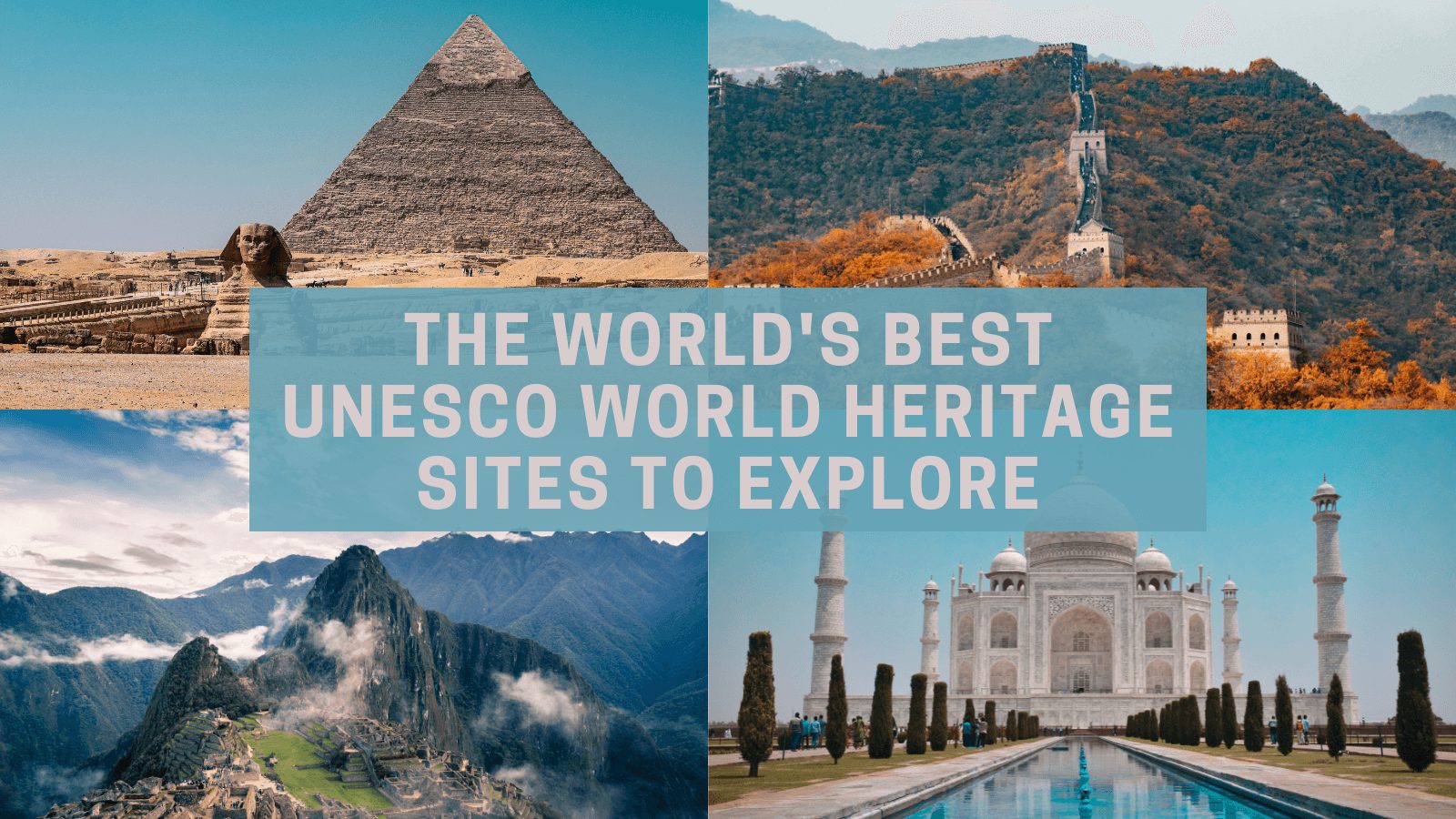 UNESCO World Heritage Sites are fantastic cultural and historic locations that are really worth a visit. There are over 1000 World Heritage sites out there, so we’ve taken a look and picked our favourites from the plenty of fabulous locations to choose from!

Now these are just our picks, if you take a look at the amazing selection you may find other ones that top your bucket list!

Not any an incredible beauty amongst the UNESCO World Heritage Sites but also one of the seven wonders of the world! It stretches over almost 21,000 kilometres as it makes its way around mountains and forests. It’s been built over the centuries and some of its oldest parts go as far back as the 7th century BC! When you visit, you can decide to visit only a section of it in a day or if you wanted to see the whole wall, then make it a multi-day trip! Whatever option you choose, we’re sure you’ll be left amazed seeing this incredible sight. 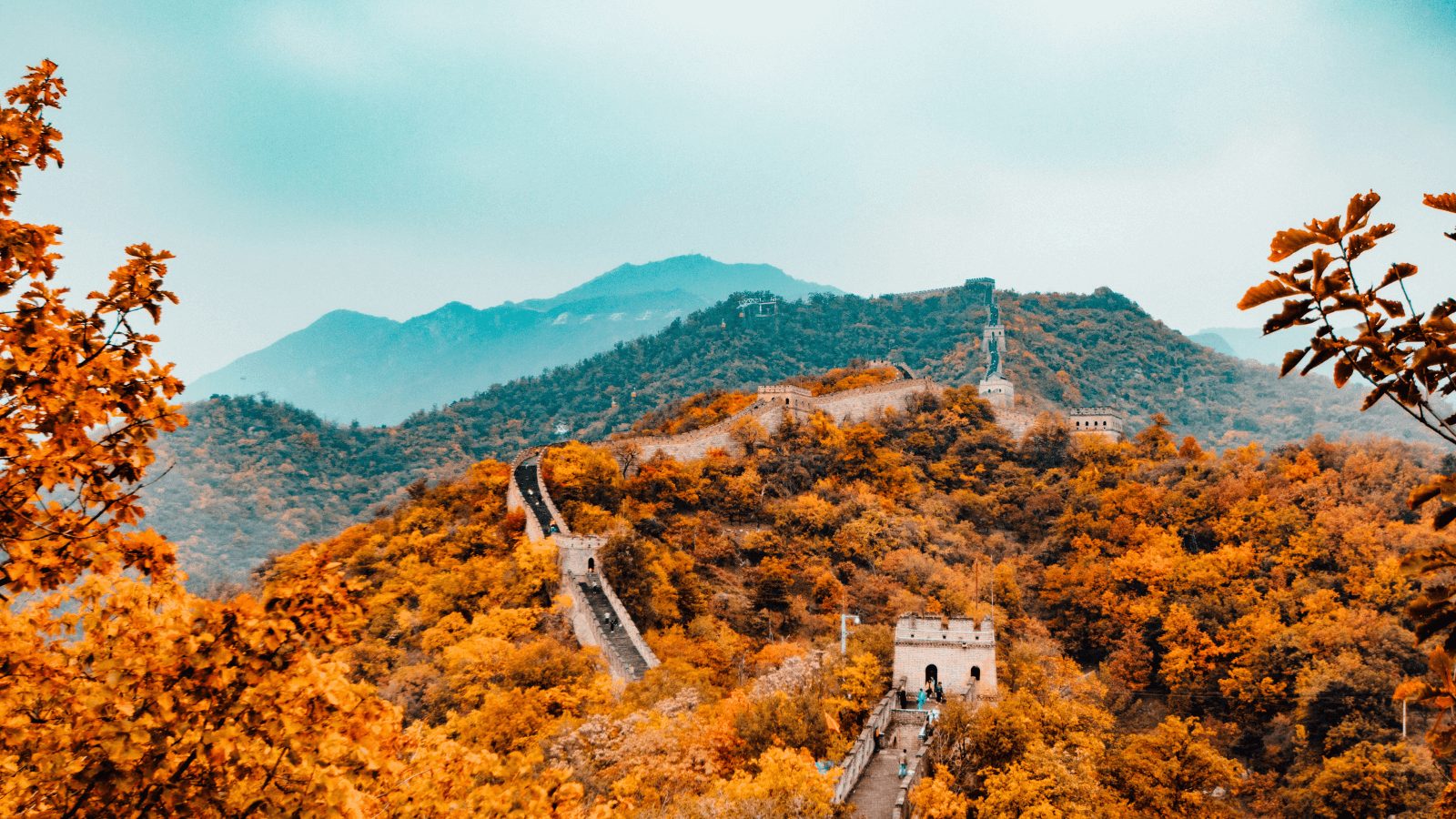 This beautiful archaeological site is been nicknamed the “Rose City” because of the stone colour that it’s carved in. The intricately carved temples and tombs are one of the many reasons you should come to visit this magnificent place. And if that wasn’t enough to convince you, then let us tell you that it’s also one of the seven wonders of the world! This place will surely leave you speechless. 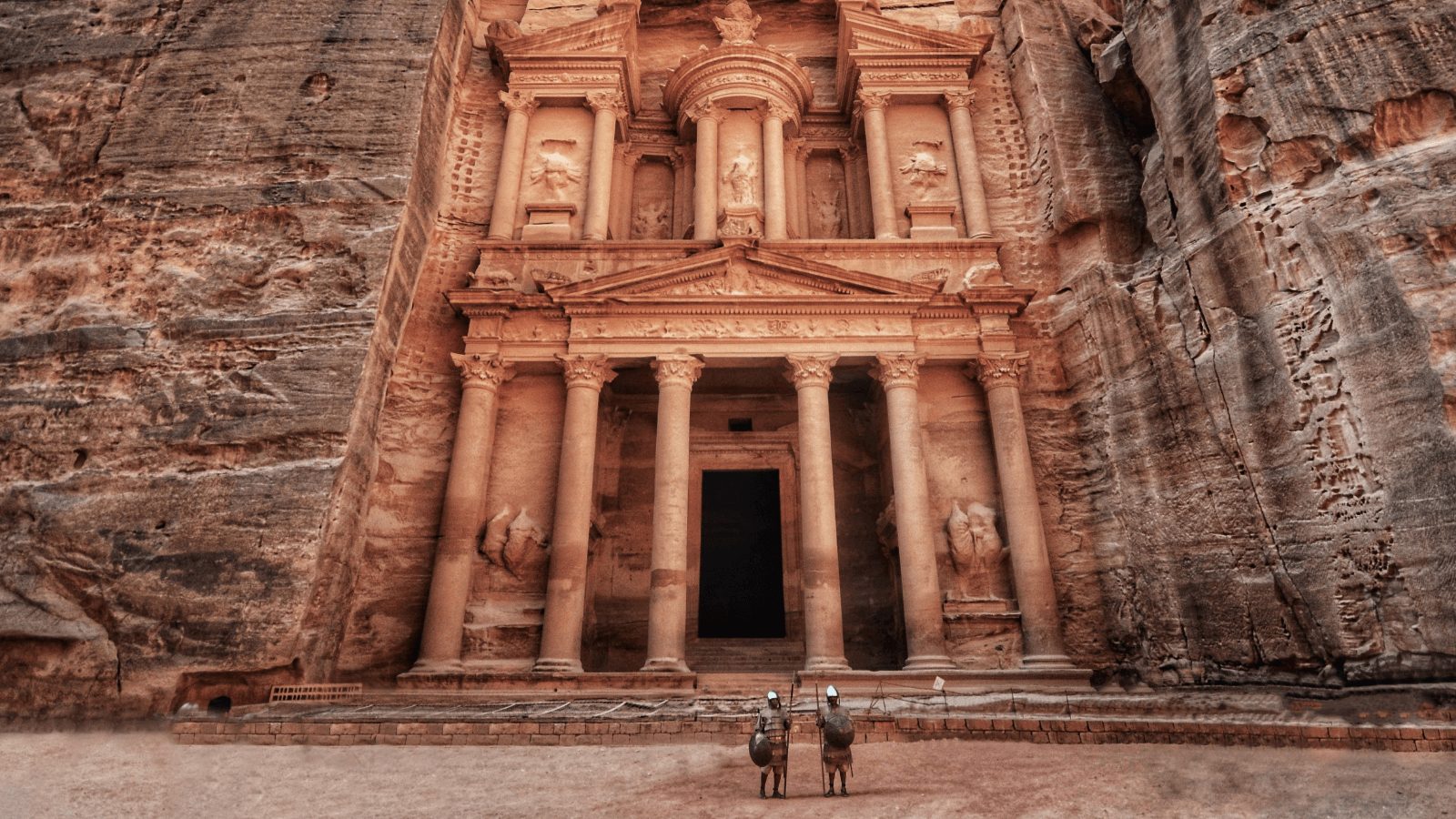 This incredible demonstration of Incan architecture sits high up in the Peruvian Andes Mountains and most of the original buildings have been restored since its construction in the 1400s. Taking the Inca Trail to Machu Picchu comes thoroughly recommended and we bet if it’s not you that wants to do it, you know someone who does or has! 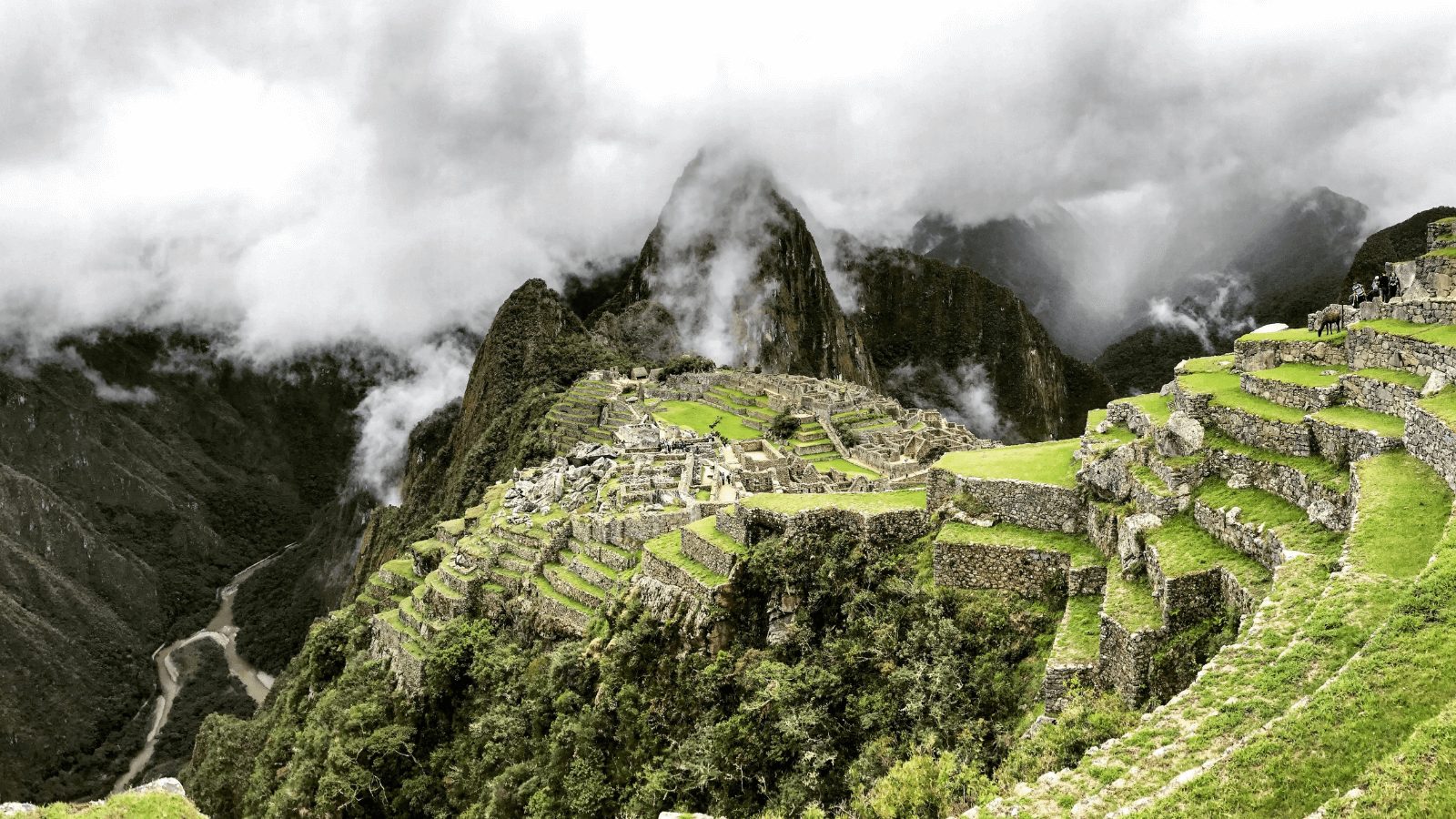 These magnificent pyramids are one of the lasting wonders of the world gone by, these spectacular monuments were built by one of the world’s most powerful civilisation in Egypt, dating back to 4, 500 years ago. For an unforgettable experience, go on a sunset camel ride in front of the pyramids, it’s one of the top things to do when visiting Egypt! Also, don’t forget to see the inner tunnels in the Pyramids of Chephren and the Pyramids of Cheops that lead to the burial chamber inside. 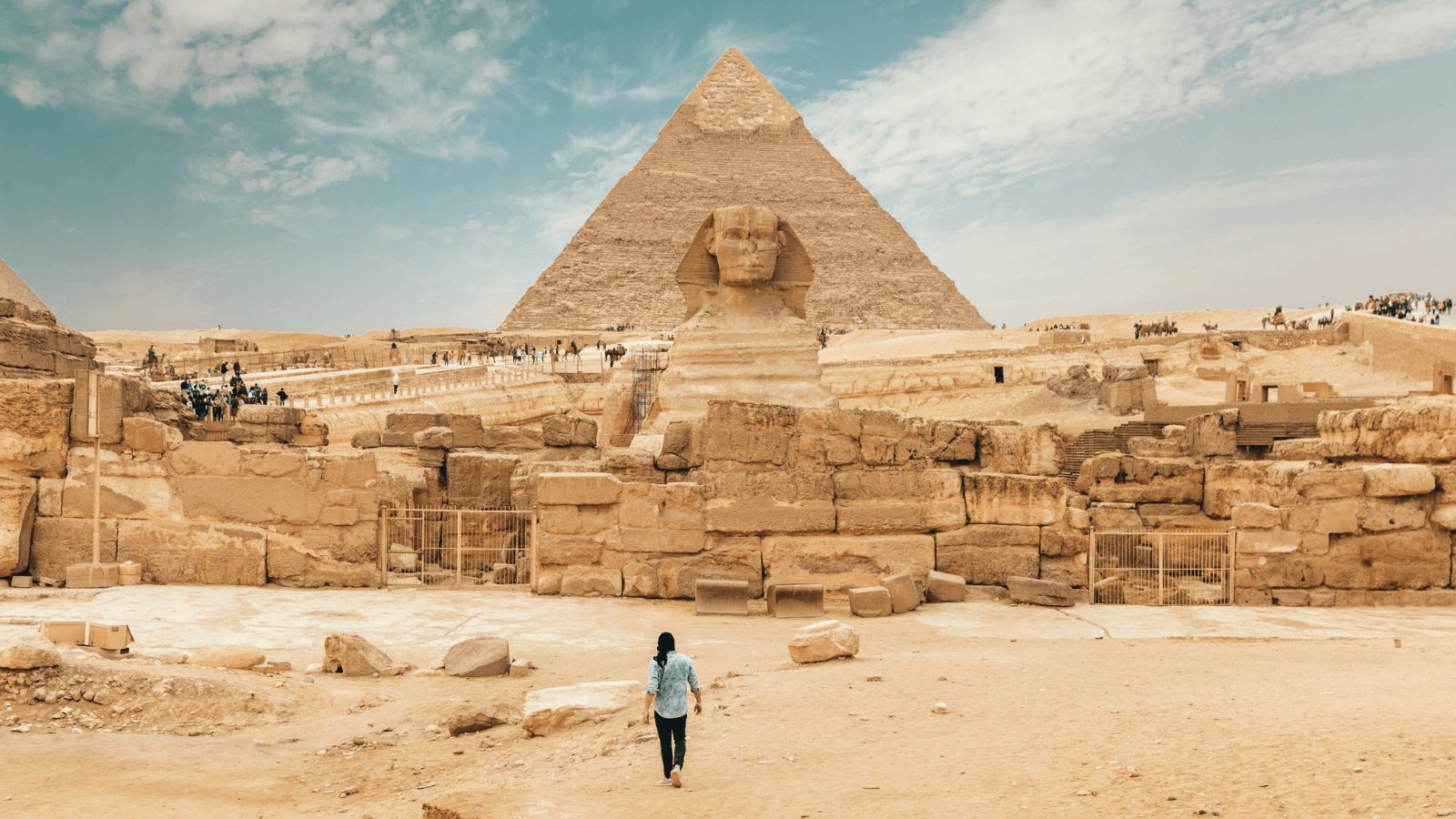 Next up on our list is the magnificent Taj Mahal! This white marbled mausoleum beauty is admired by people all over the world and understandably so. The story behind this masterpiece makes it even more incredible. It was built back in the 17th century by the Mughal emperor Shah Jahān as a memorial for his wife Mumtaz Mahal, who passed away during childbirth. It has often been called the ‘monument of love’! Again, like some of the other sites we have listed here, it is also one of the seven wonders of the world! 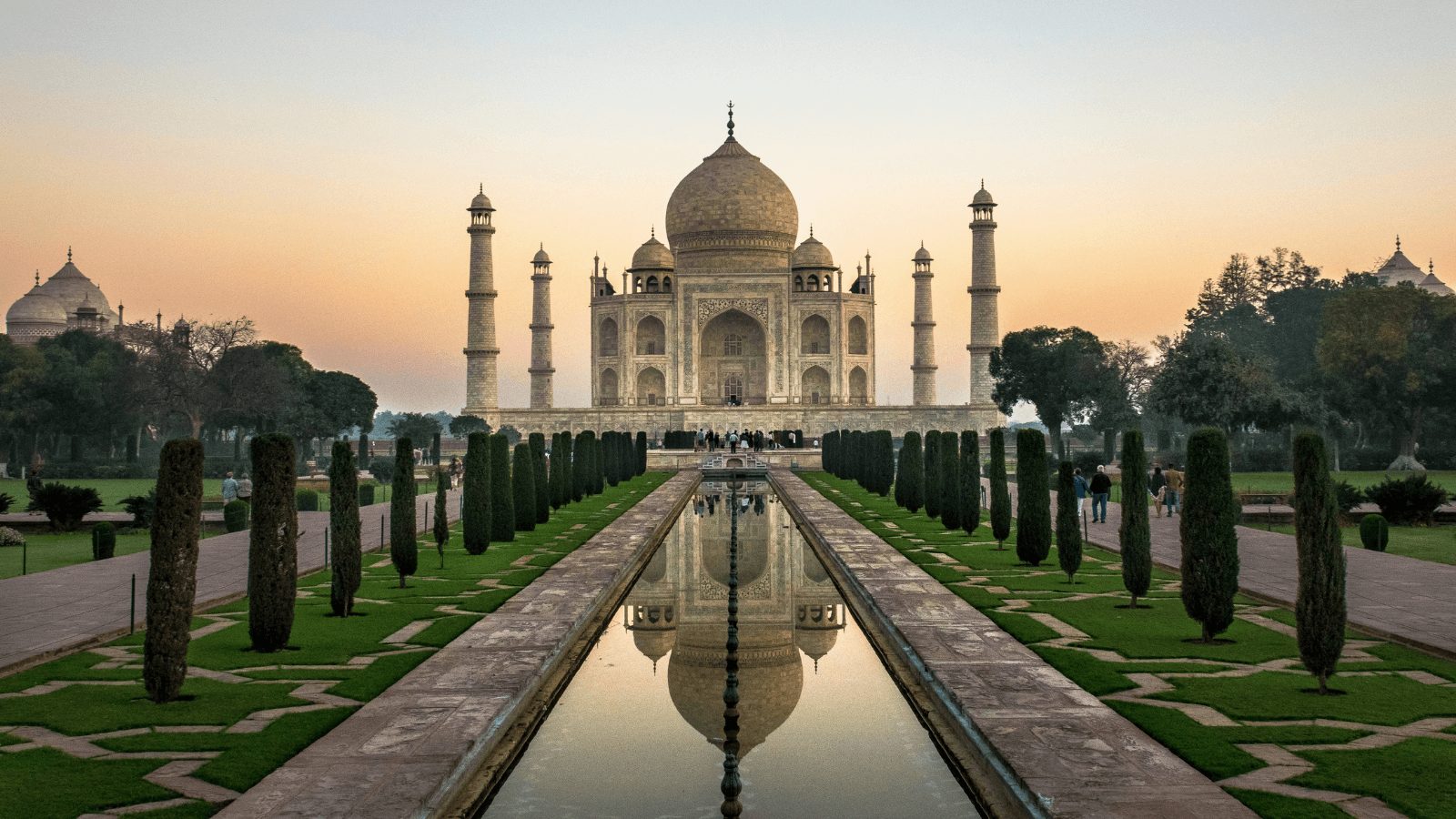 A holiday to Australia would never be completed without seeing the Great Barrier Reef. It contains the world’s largest collection of coral reefs! It contains a plethora of marine life and has more than 300 individual reef systems. This colourful place can be experienced in many ways, from snorkelling to scuba diving to viewing it from the air by taking a helicopter ride! The Great Barrier Reef has more than 100 islands and they are all unique in their own way. 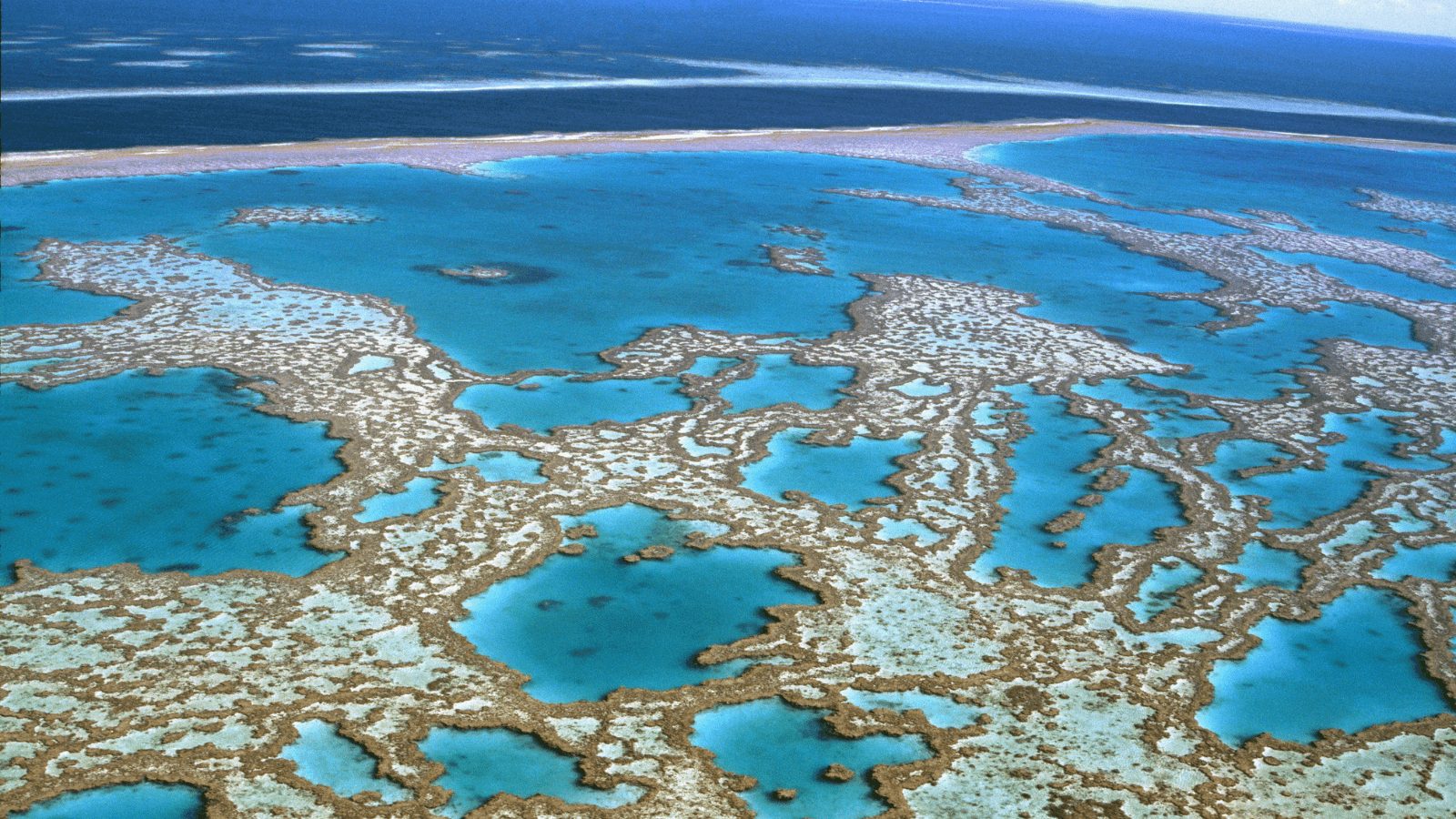 This dreamy region of Turkey is full of valleys, underground cities, fairy chimneys and much more! To make your stay at this incredible place even more exciting, you can choose to stay in a cave hotel. But undoubtedly, the highlight of this fairytale city is the hot air balloon rides. The hot air balloons set off every morning at sunrise and you get to witness the city in all its glory from above. It’ll certainly be an unforgettable experience. 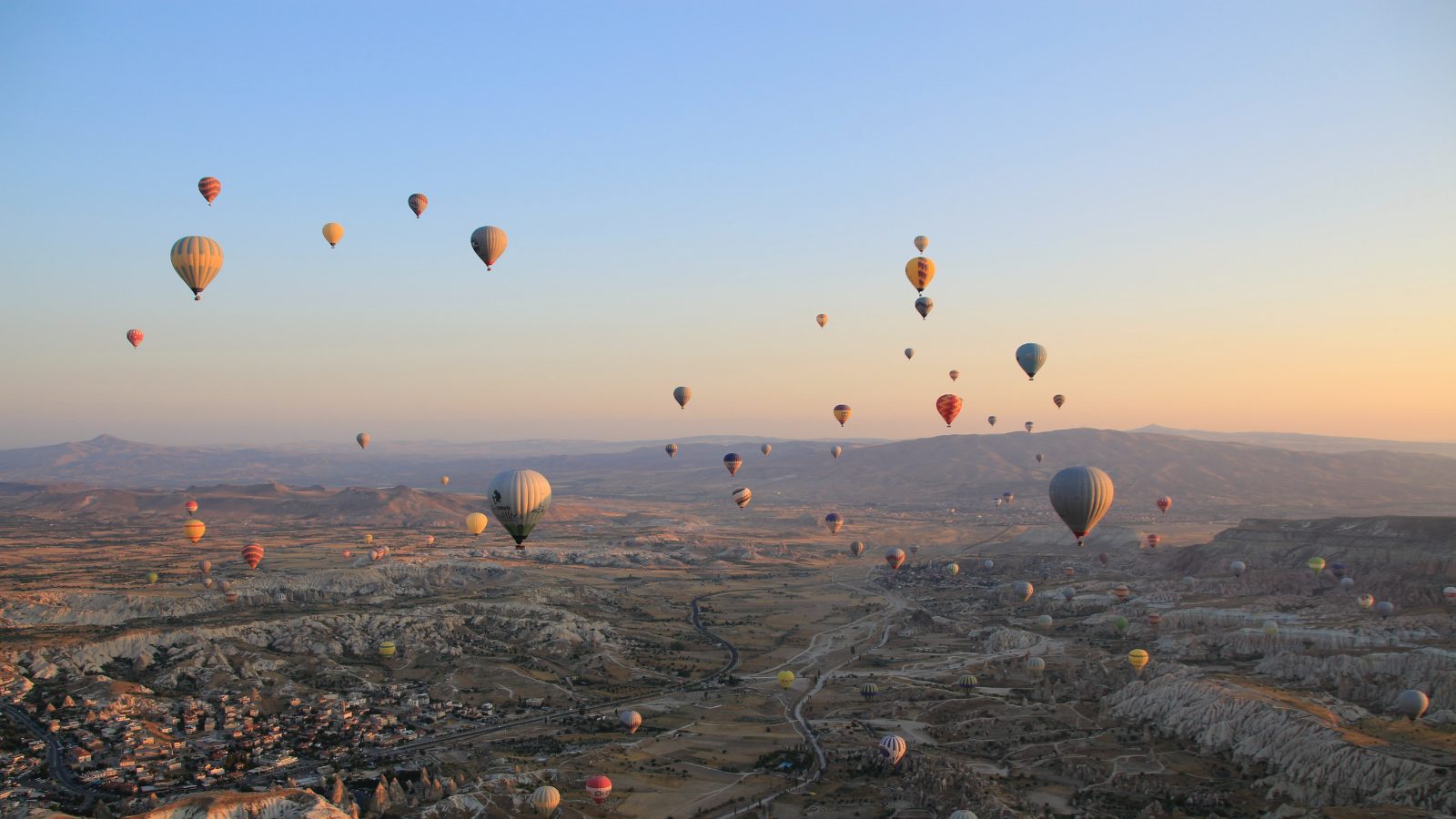 This Chilean island can be found in the south Pacific Ocean and it’s famous for the huge statues that are known as Moais. They were created by the Rapa Nui people and its thought that they inhabited the island from the 12th century. There are hundreds of these statues that are dotted around the island. Some of them are partially toppled whilst others are still standing upright. These range from a meter to even 20 meters in height and they’re truly a sight to behold! 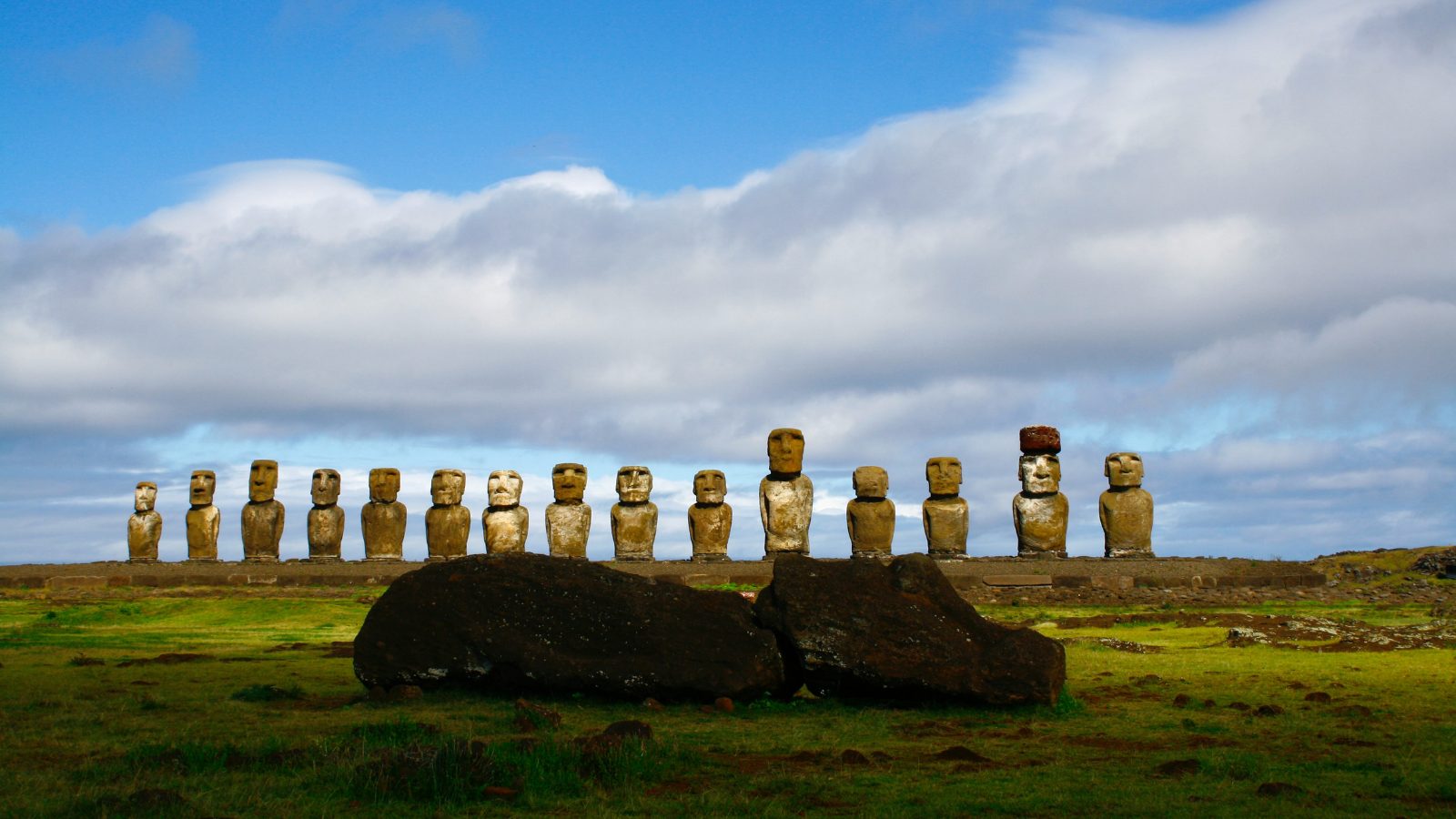 This UNESCO World Heritage Site is known for its floating torii gate, and the Itsukushima Shinto Shrine goes back to way over 1,400 years. This shrine is a holy place of Shintoism and it comprises 20 structures. The spectacular structures are connected by boardwalks. It can be experienced both by walking around it when the tide is low and by taking a boat cruise around it when the tide is high! We leave it up to you to decide which way you’d like to see this beautiful sight. 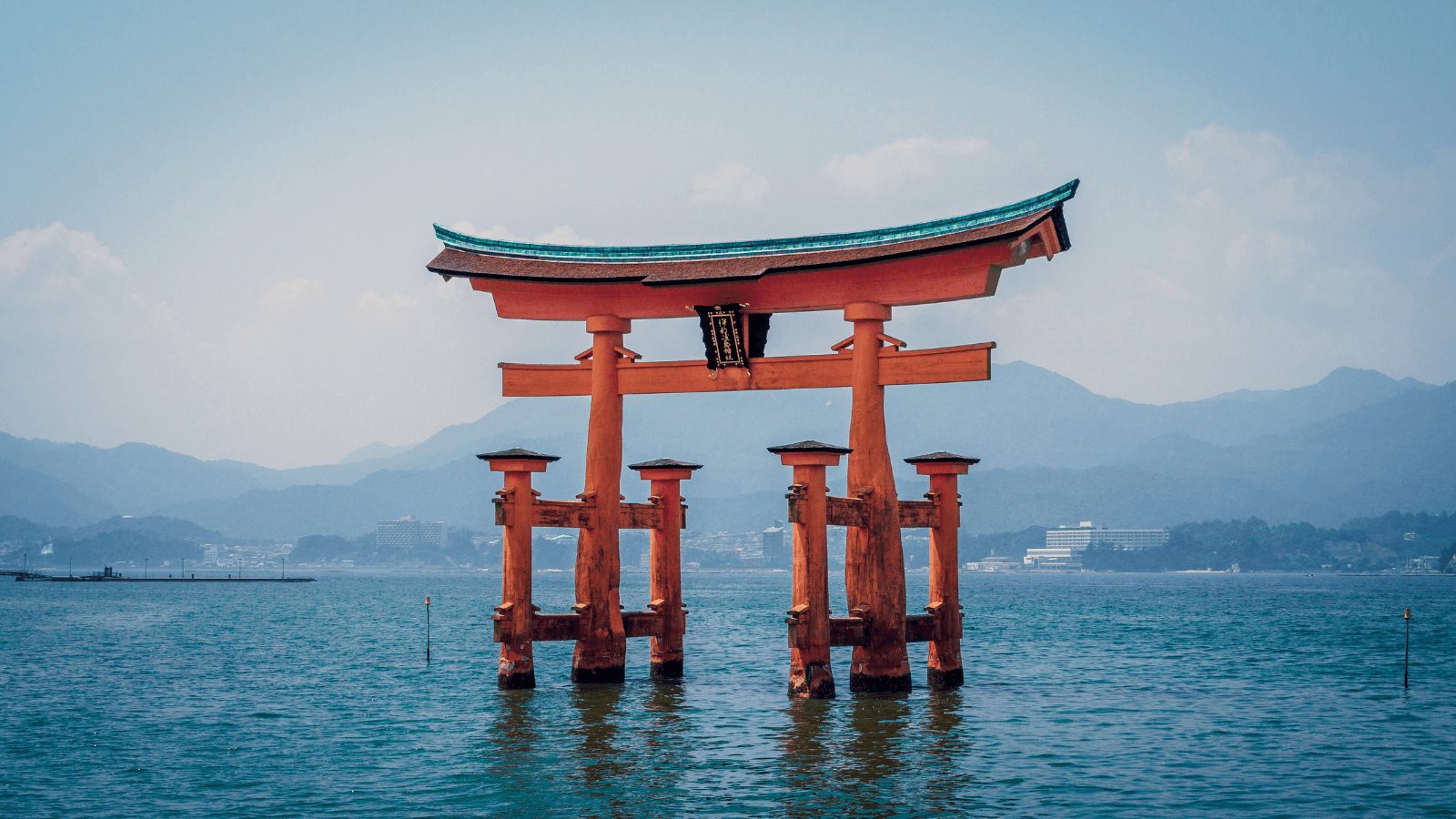 If you’ve always wanted to visit a real-life fairy tale place then look no further than Began. It has thousands of ancient temples and stupas that seem to stretch endlessly across its landscape. Bagan is known for having the largest cluster of Buddhist temples in the world, most of them were thought to have been built around the 1000s to 1100s. This is when Bagan was the capital of the Pagan Kingdom. Like Cappadocia, you can also take a hot air balloon ride and take in this breathtaking landscape from above. 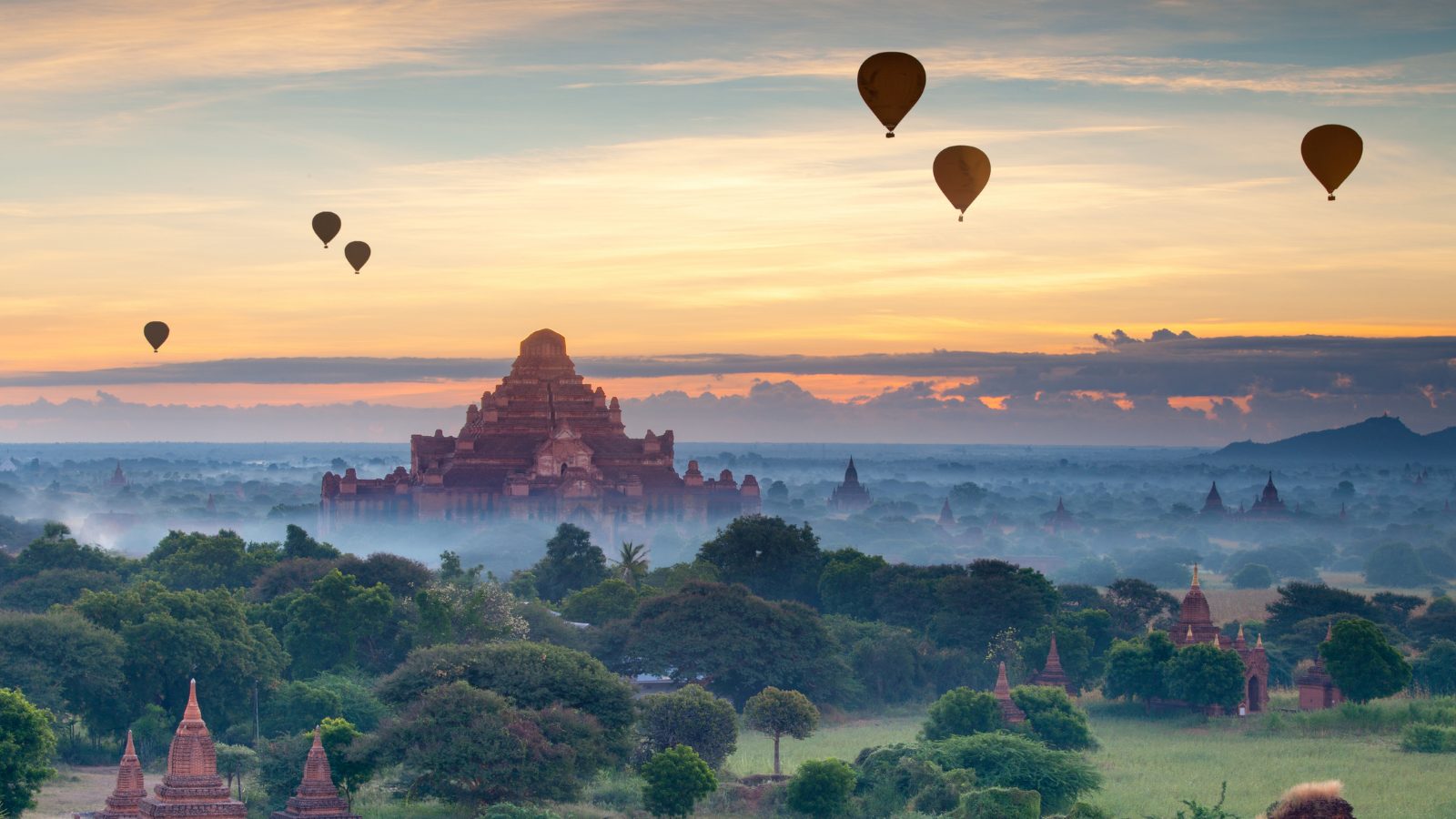 A volcano, the largest concentration of geysers, wolves, grizzlies, hiking, camping… The list of what you can do at Yellowstone is endless, and it is a fantastic centre for geography, wildlife and culture. The park is mostly located in Wyoming, with some of it expanding into Montana and Idaho. Cultural, educational, and beautiful – what more could you ask for from a UNESCO World Heritage site?! 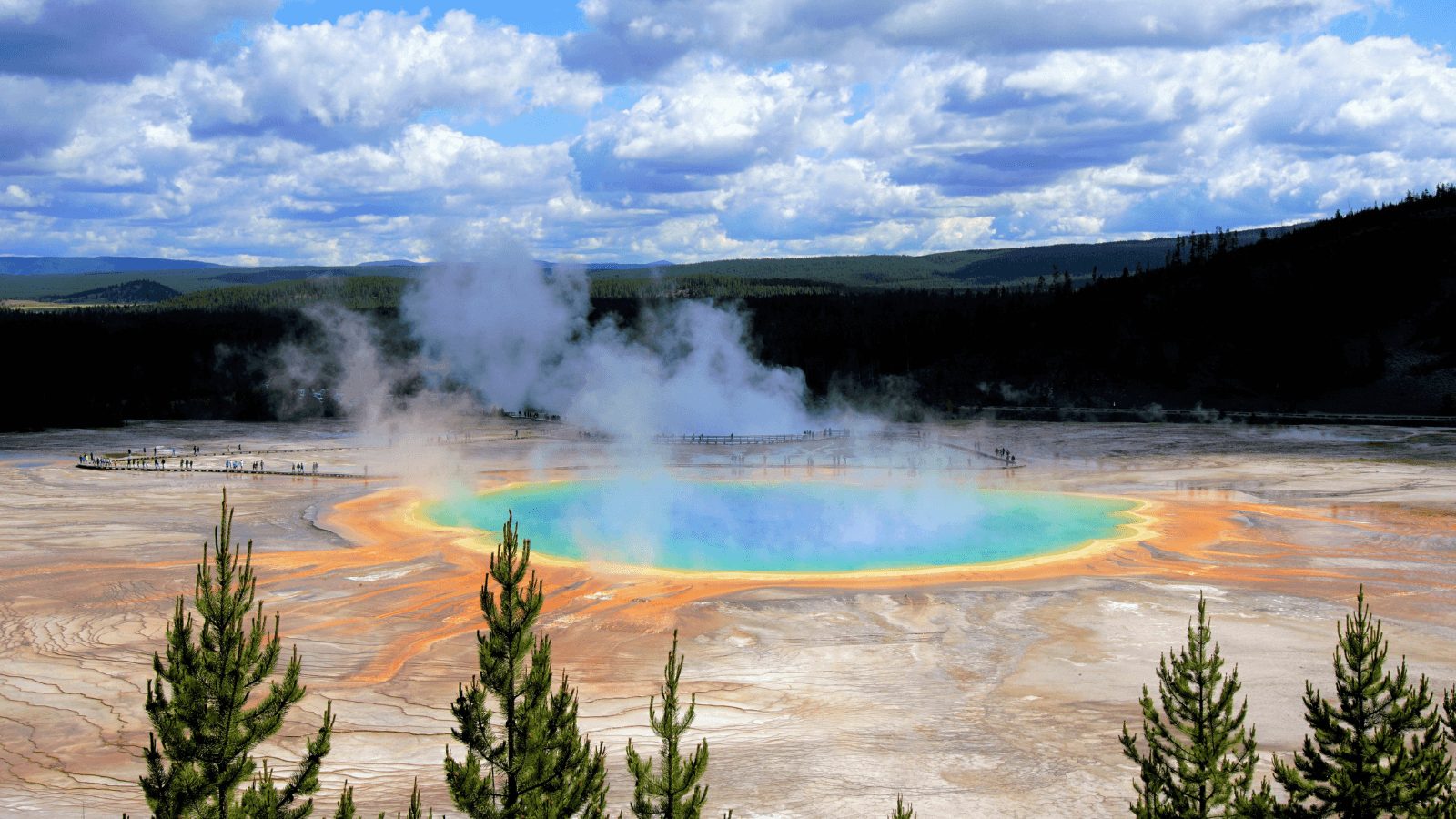 Is this not on everyone’s bucket list? If it isn’t, it should be! Home of the great migration of wildebeest, zebra and gazelle, and June and July are usually the best time to try and catch this spectacle. Of course, there’s also the exciting prospect of catching a glimpse of elephants, wild dogs or lions. We’re sure this will be a truly memorable experience. 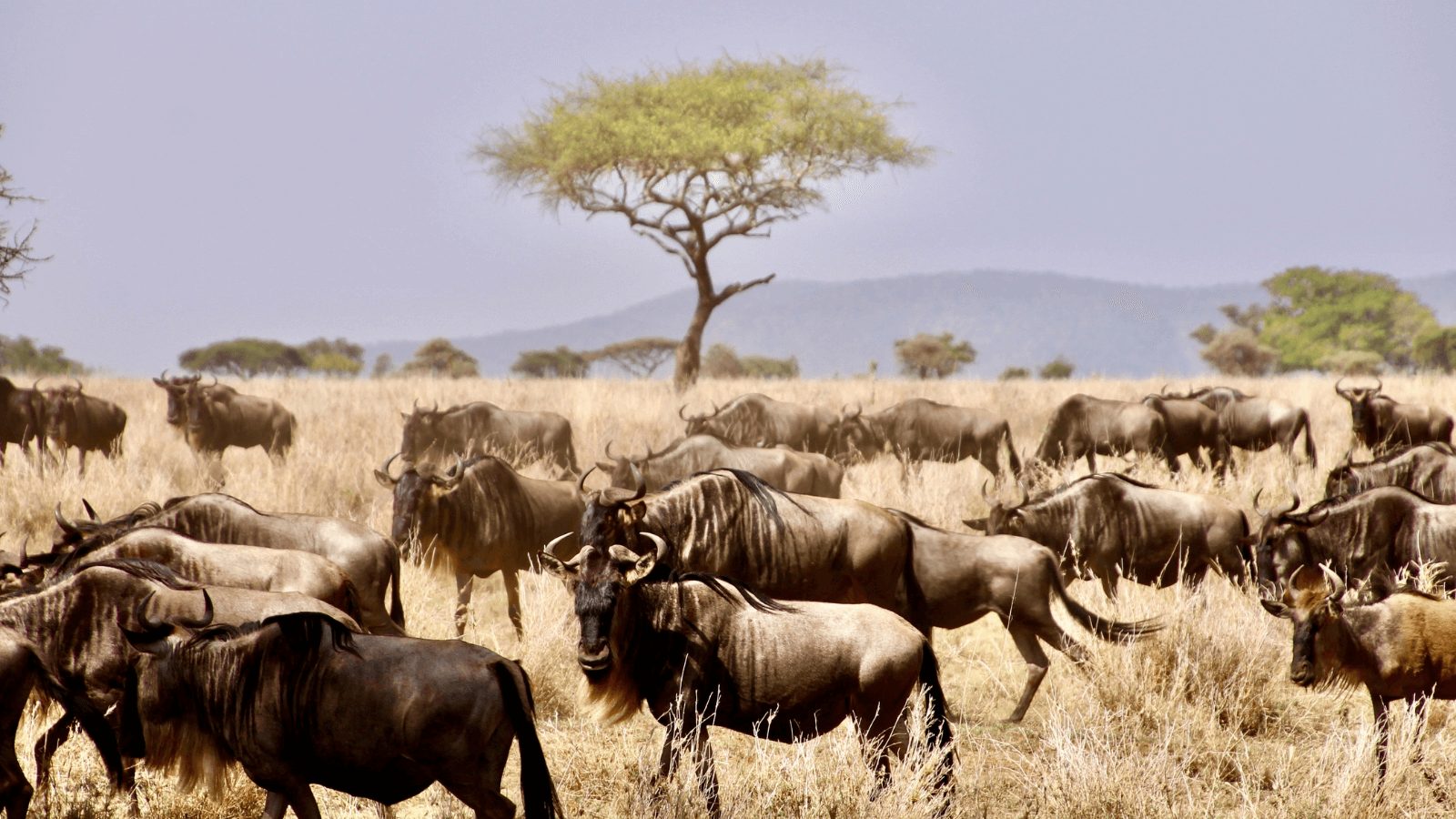 The Romans. Studied at school, featured on TV, endless books are written about them. The Colosseum is often seen as the symbol of this amazing culture that created an empire. Built to entertain the masses, this incredible construction still stands impressively in Rome, where you can see all the different features and the kids will love learning about the battles that used to be played out. 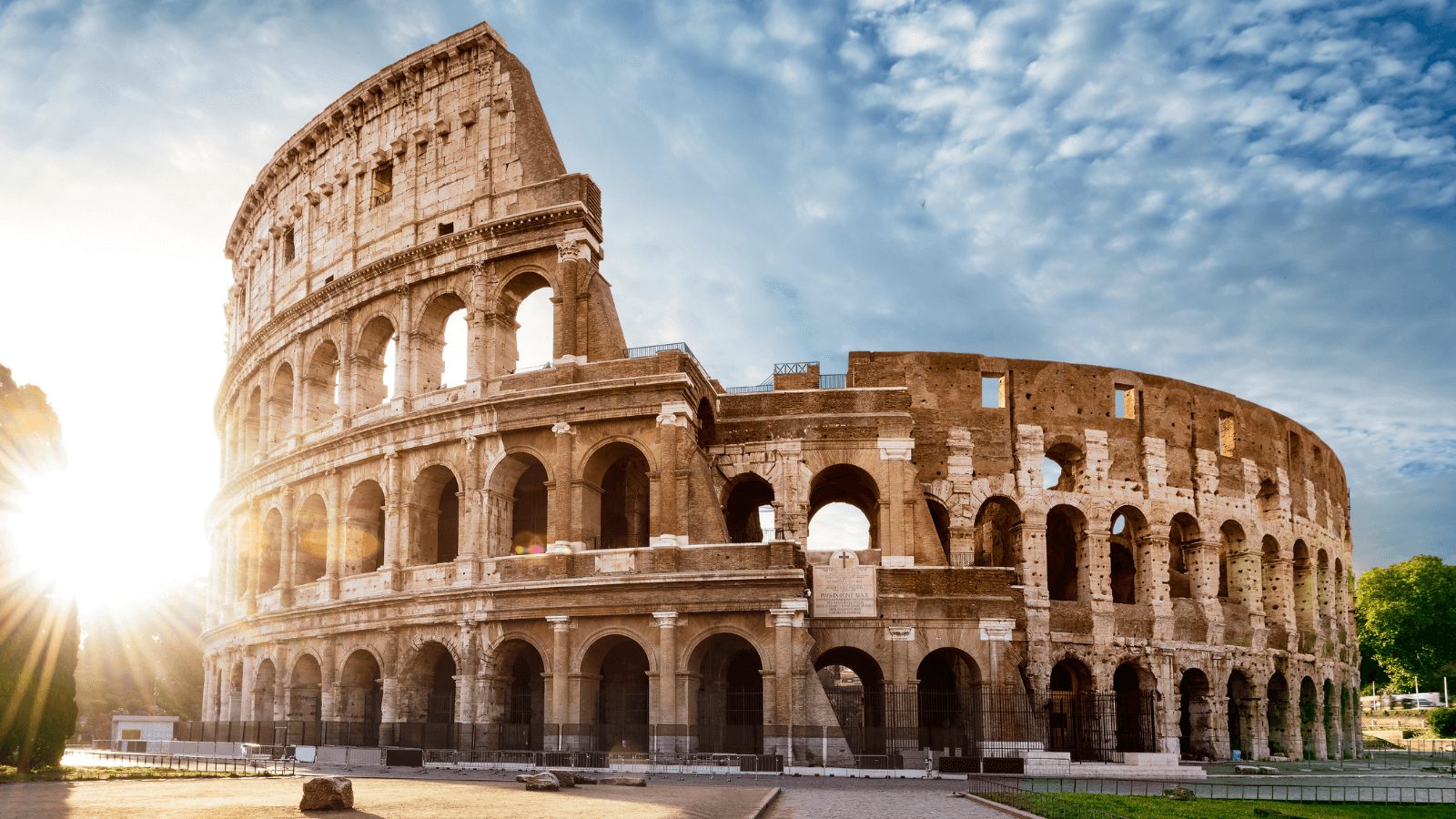 This UNESCO World Heritage Site is in UK so should be easily accessible to all of us! Although it might still be a struggle for those living in the north but, at least you won’t have to fly halfway across the globe to see it. It is believed to be built from roughly 2000 BC to 3000 BC and it is one of the world’s most impressive megalithic monuments. Each megalith roughly weighs around 25 tons and is 7 feet wide and 13 feet high. 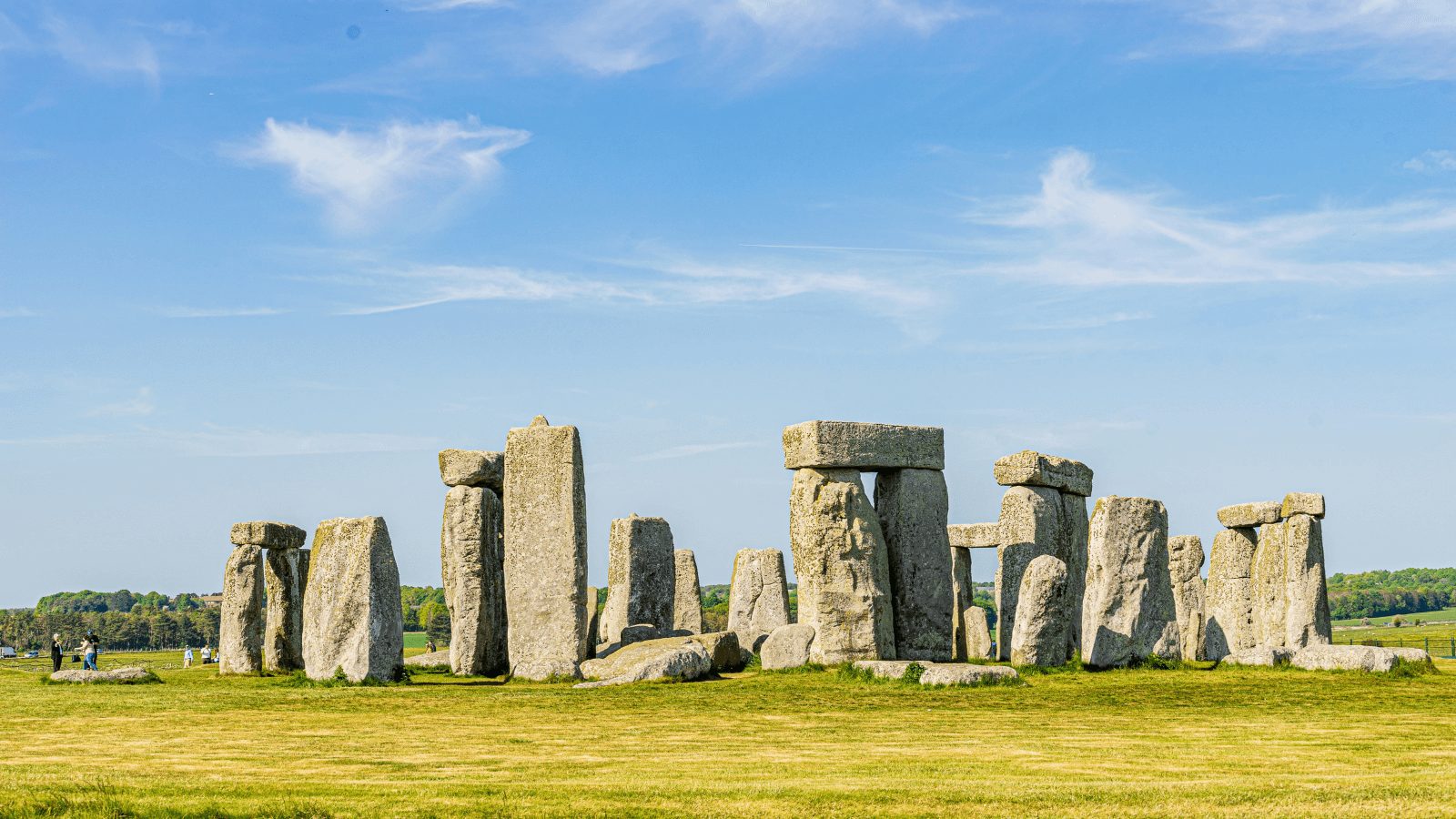 Last but certainly not least is the UNESCO World Heritage Site in france! Mont St. Michel is a Gothic abbey that sits on top of a hill in Normandy, surrounded by the English Channel. It is subject to dramatic tides, now negated by a causeway, however, there is still a danger to visitors who do not use it. It’s a bit of a climb to the top but the stunning views are worth the hike! 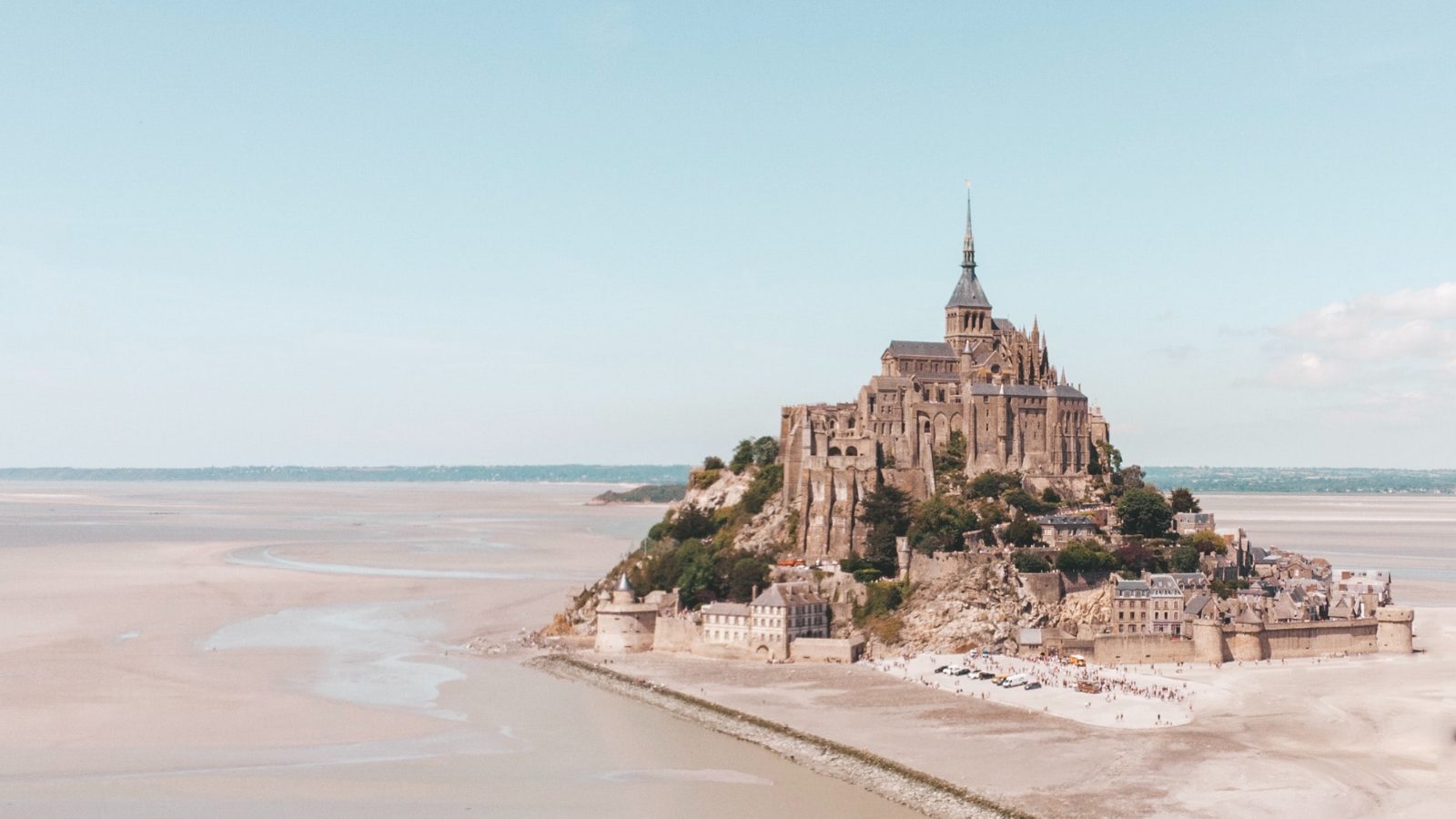 We hope you liked our list of some of the best UNESCO World Heritage Sites! Let us know if you’ve been to any of them or which one is your favourite from the list above.