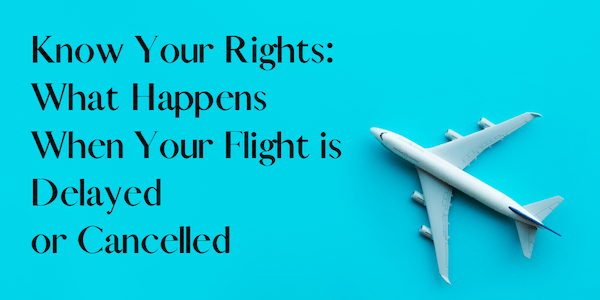 There is nothing more annoying than arriving at the airport to discover that your flight has been significantly delayed. Don’t take it lying down: read on to see whether you are entitled to assistance such as free calls, free food and free accommodation or even a cash sum in compensation.

In practice, anyone flying out of the UK will be protected by the Denied Boarding Regulations. The rules are as follows:

However, anyone flying with a non-UK airline landing in a non-EU country, you may not be entitled to the same level of assistance and you will have to look at the airline’s Condition of Carriage to see what their duty of care is.

Worried about coronavirus affecting your flight and accommodation? We have provided a small section at the bottom and you can click here to skip straight to it!

Are you entitled to compensation when your flight is delayed?

So long as you fall into one of the above categories you are entitled to: 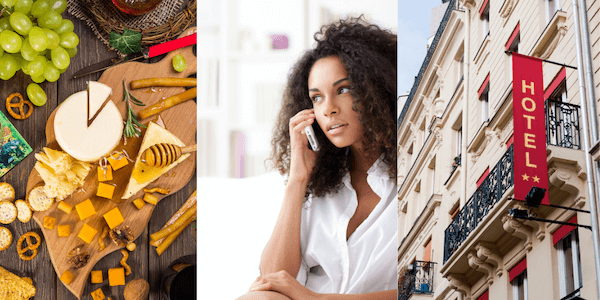 If the flight is delayed for 5 or more hours

You’re not obliged to take the flight it’s 5 or more hours late. In this instance, it doesn’t matter if it was the airline’s fault or an external matter.
If you don’t take the flight then the airline has the following legal requirement it must fulfil:

Do talk to someone as soon as you decide you no longer want to take this flight.

What happens if you take the flight?

If you’re on a non-UK flight but it connects to a UK flight, you can also claim compensation but these rules apply: 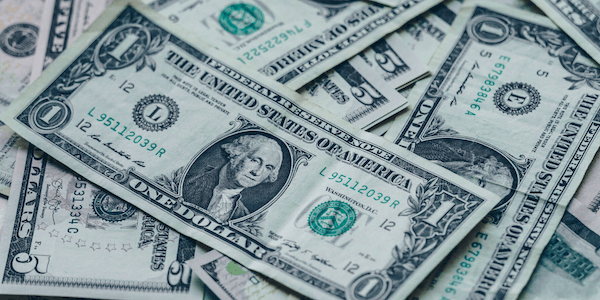 Financial compensation is due as follows:

If you find yourself in a position where your flight is cancelled, the airline must give you the option to either be refunded or rerouted. You’re also entitled to free meals and telephone calls; the airport must provide this for you. You can also qualify for hotel accommodation if you choose the rerouted option and the flight is leaving the next day.

However, you will not be given compensation if: 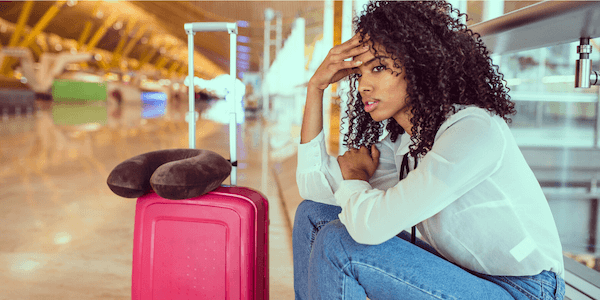 You can qualify for compensation for flight cancellations but it depends on the distance and the time from when the flight was initially cancelled. Below we list the prices for flights cancelled from 7/14 days before departure. Where it mentions that you leave earlier, that is to say, that the rerouted flight will leave slightly earlier and so you should reach your destination earlier too. But if you do leave early and still don’t reach your destination in time, you may be able to get compensation.

The distance given here is measured to the final destination.

You’ll get the following compensation for flight cancellations if it was cancelled at least 7 days before departure.

Compensation can be paid in various forms such as cash, bank transfer or cheque. It can also be paid in travel vouchers but only if the passenger agrees. 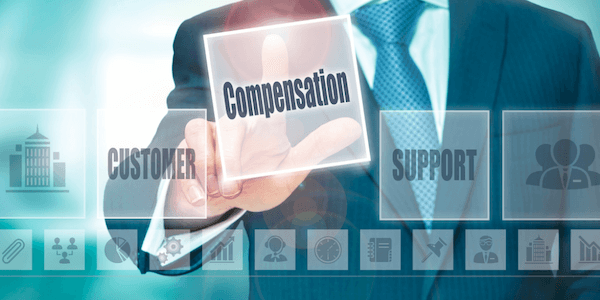 The only time the airline can wriggle out of paying you the financial compensation detailed above is where there are “extraordinary circumstances”. You will, however, still be entitled to the assistance package i.e. free calls, refreshments, overnight accommodation and transport.

However, what exactly is meant by the phrase “extraordinary circumstances”?

Extraordinary circumstances are circumstances out of the airline’s control such as a security problem, political unrest, extreme weather and strikes.

It is not unheard of for airlines to stretch the meaning of “extraordinary circumstances” so if, for instance, you see that other airlines are managing to take off on time during an extreme weather event but yours is not, it may be worth challenging the airline’s decision on compensation. If you are still not happy, the Civil Aviation Authority may be able to help. 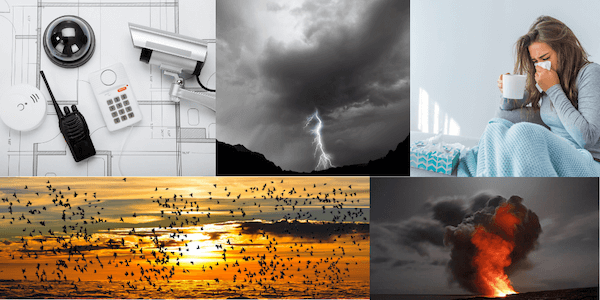 What can you still be reimbursed in the case of an extraordinary circumstance?

As you all will remember the recent drone threat, this would have counted as an extraordinary circumstance as this was a security threat. In this case, your airline will most likely tell you to either go home or reroute you because the nearby hotels are all full.

If they cannot give you a transfer such and you need to find your own transfer home, the airline is obliged to reimburse you. Although a word of caution, the cost still has to be reasonable so don’t go booking a really expensive hotel!

For instance, if you had taken a train to get to Heathrow Airport but upon getting there, you find out all the flights are cancelled because of a security threat. In this case, you can ask for the following to be reimbursed to you:

It must be noted that technical defects no longer count as an extraordinary circumstance because it is said that it was the airline’s responsibility to keep it in working order.

Late to collect your parked car? 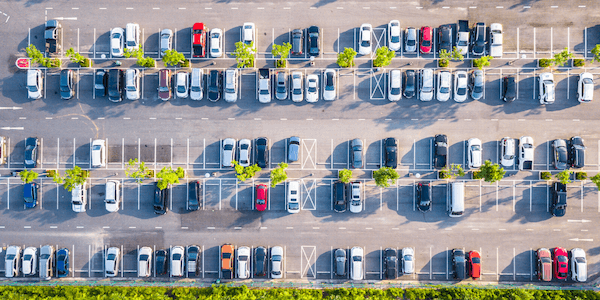 If your flight back to the UK is cancelled or delayed and your car is in an airport car park, you are likely to be charged for the excess parking period at the normal “gate rate” so, unfortunately, you will not get the benefit of any special deals.

After the Icelandic volcanic disruption a few years ago many car park operators waived the extra fee so long as passengers were able to provide evidence of the date on which they should have arrived home. This, however, was a one-off and unlikely to be repeated by car park operators. Your airline is not likely to pay your extra parking costs, given that the compensation under the Denied Boarding Regulations is designed to cover such consequential costs.

If you are struggling to write a letter claiming compensation, there are several templates online including one from the Daily Mail and the consumer magazine Which?.

What to do if your claim isn’t taken seriously?

Is your airline ignoring you? If so, you can report this issue to the Civil Aviation Authority (CAA) and they’ll be able to assist you. However, they will only consider your complaint if you’ve contacted the airport or airline separately and you’re dissatisfied with their response. So what to do next?

What do if your flight and airport parking has been affected by Coronavirus?

Worried about the recent Coronavirus affecting your travel? Well, we will try to soothe some of your worries. If you booked your flight and the airline is now cancelling your flight, you should be entitled to a full refund and compensation.

However, it won’t always be the case, many people have been left with booked flights and hotels that they weren’t able to cancel. This is because some airlines are claiming that Coronavirus is an exceptional circumstance as it is out of the airline’s control. So, where they have had to cancel flights because of public safety reasons, you probably aren’t entitled to compensation. But, if airlines simply cancel without a reason, for example, if in the country they’re flying to there are no health risk issues, you may be able to claim compensation.

But, if you have booked one of the more comprehensive travel insurances, you should be able to get cover for this. Some insurances can provide ‘travel disruption cover’ which can be up to £3000. This should cover you for your hotels and parking.

If you paid for the hotels or parking via a credit card, you should be able to get a refund for it under section 75 rules.

If you’re yet to travel, we highly recommend that you if you haven’t already got travel insurance, you buy it now and make sure it has a policy for ‘travel disruption cover’. This will mean that even if you have to cancel your bookings, you will be covered.

If you have simply changed your mind because of the risk, the normal cancellation fees will apply. But if you are cancelling because the UK Government Department of Health and Social Care or Public Health of England has issued a health risk, then you will be refunded within two weeks, without an extra fee.

We recommend that you stay up to date with all the relevant information. The World Health Organisation is constantly putting out the latest updated information regarding the virus. The UK’s Government Department of Health is also a very good place to get all the latest information.